After 15 years together, we were excited to tie the knot and celebrate with family and friends.

But Covid has other ideas. Due to the coronavirus, we have postponed our wedding indefinitely. We apologize for this inconvenience.

Lynne and Scott's first meeting is up for some debate. For sure, they met in DC in 2001 or 2002 at the Metro Cafe on 14th Street NW, a former dive bar for local bands with Ice House on tap (a high quality beer). They had both gone solo to see the band Elf Power. Lynne decided to talk to Scott during the break, because he had cool hair. She babbled about her cat Focus, and they exchanged email addresses.

However, they may have previously met at the Velvet Lounge for the Robot Ball, where Lynne tied for 1st place in the female robot costume contest. They both recall chatting with someone fitting each other's description at this event, but did not exchange contact info.

Over the next couple of years, Scott and Lynne saw each other periodically around DC, often at music venues like the Black Cat. However, Scott had shaved his head, so Lynne often didn't recognize him. Eventually, they got to a shorthand where Scott would say "You have a cat named Focus," and Lynne would say, "Oh yeah, you used to have crazy hair."

Eventually, Scott was working the door one night at his old band mate Brian’s bar DC9. Lynne was there to see her friend Jake perform that same evening. When Lynne came to the door, Scott initiated the shorthand exchange (Focus and the hair). After the show, they decided to chat more, and exchanged phone numbers this time.

Later that week, Lynne joined Scott, Jeff, and Hafeez for happy hour at the Big Hunt. Scott was hopeful that he would shine while Jeff and Hafeez would try (obnoxiously yet respectfully) to pick Lynne up. And, here we are today! 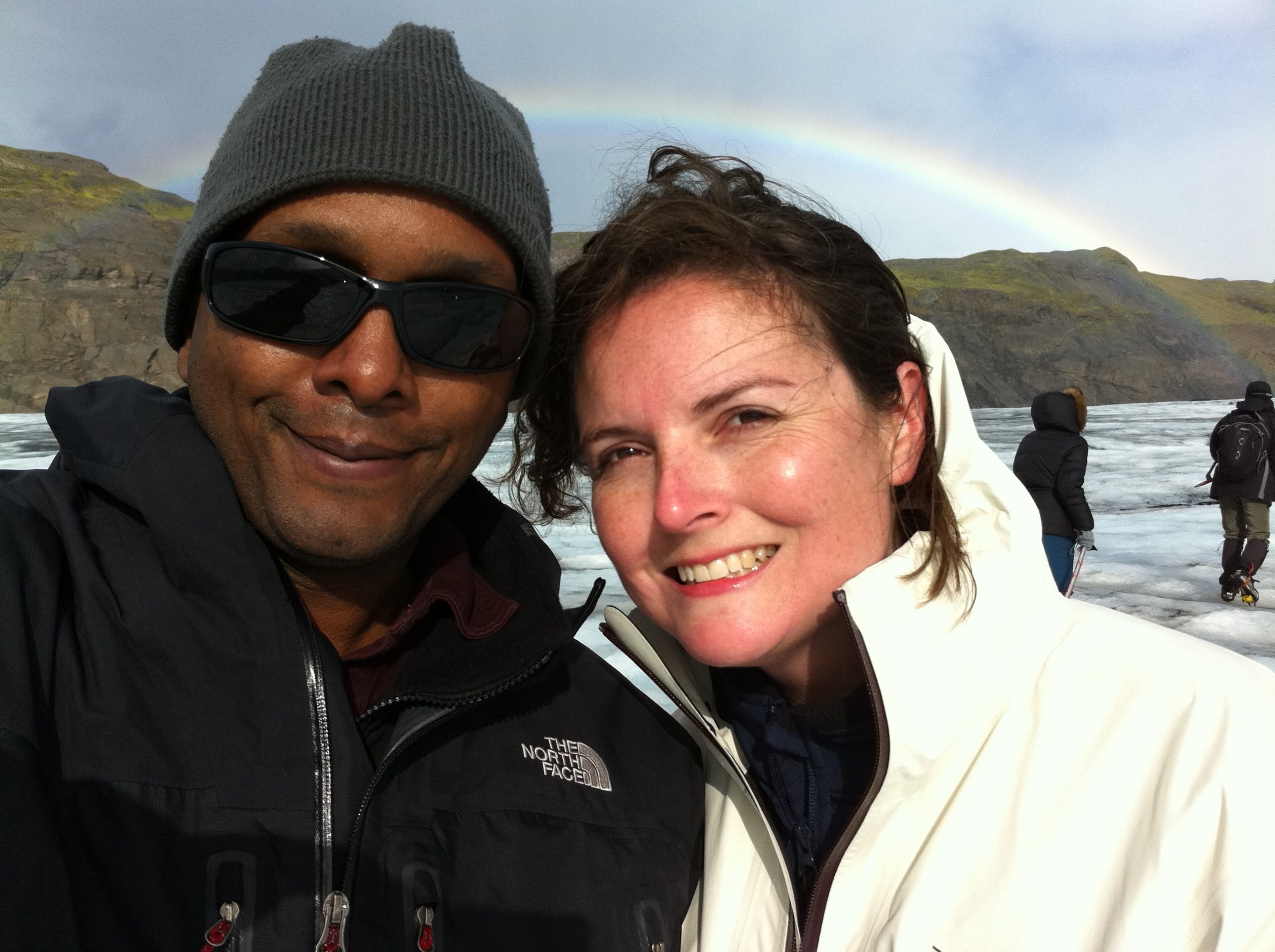 Scott and Lynne hiking on a glacier in Iceland 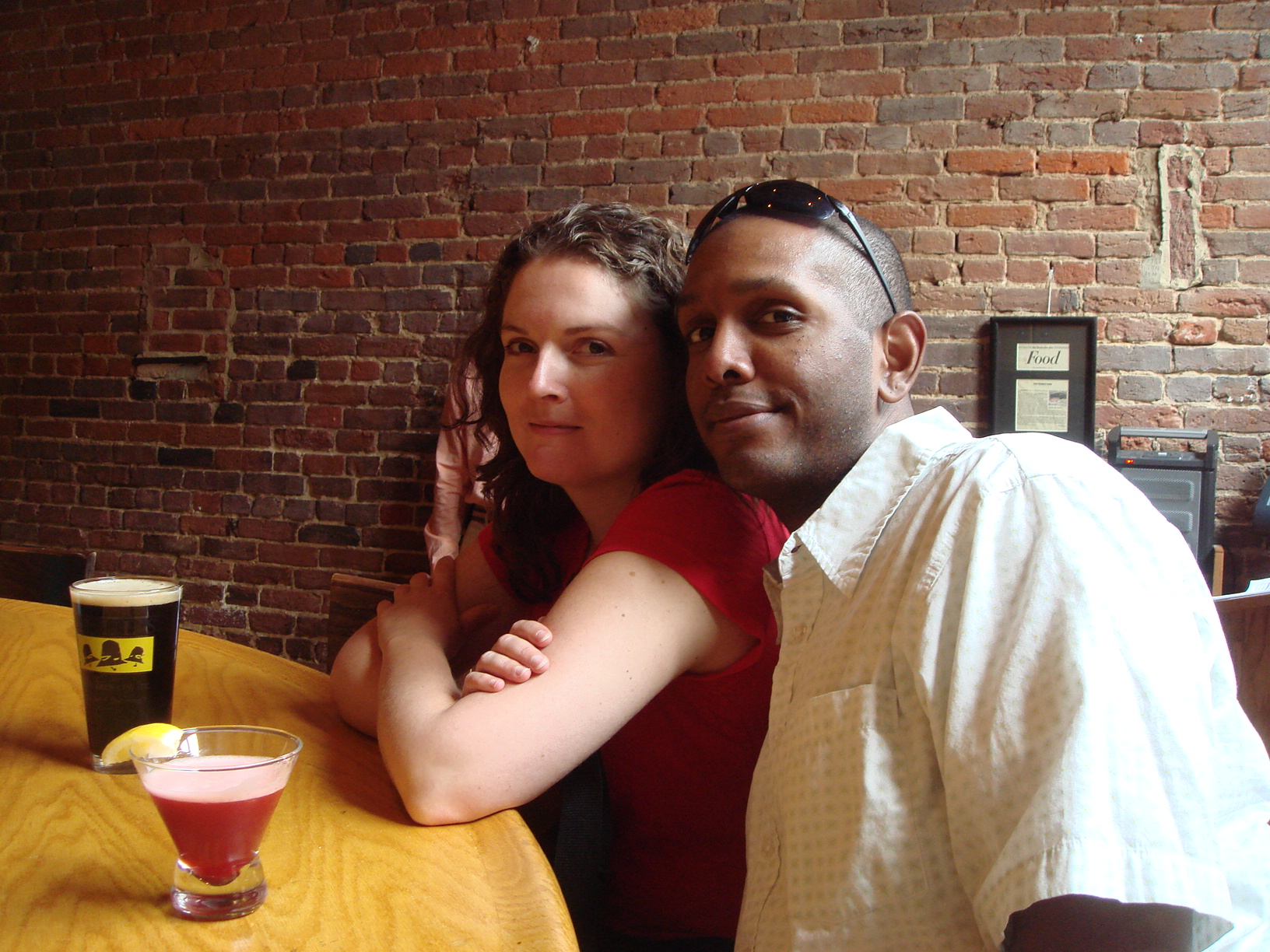 Lynne and Scott enjoying some beverages in DC 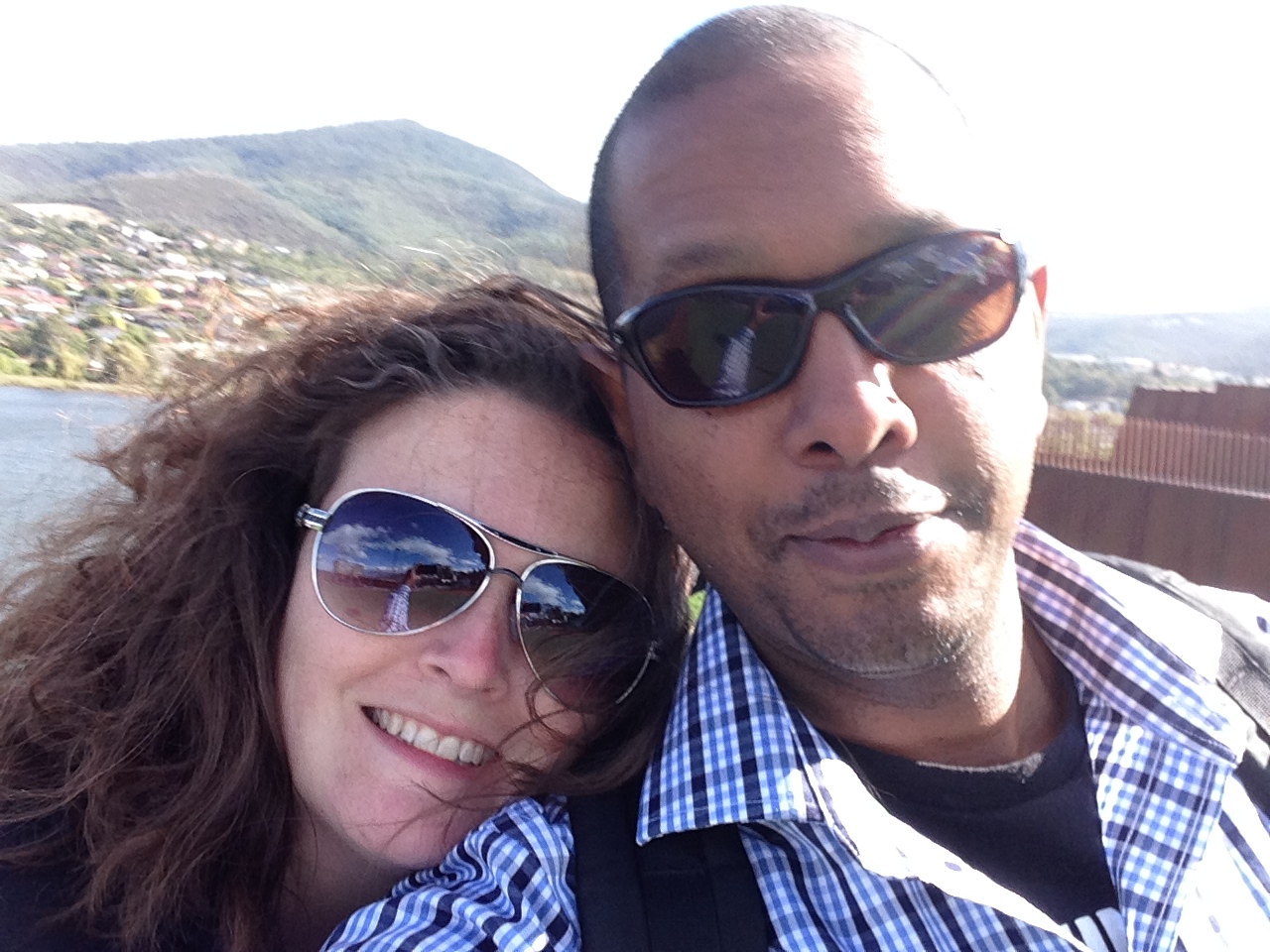 Lynne and Scott in Tasmania, Australia